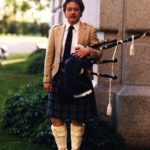 We have just added 23 more tunes to our Bagpipe Tune Library, all composed by Iain MacCrimmon

Iain was born in Edmonton, Alberta and learned his piping in Canada. We still claim him as a Canadian even though he has been living in Scotland for many years now. Iain is a direct descendant of the MacCrimmons of Skye and was appointed the 10th hereditary piper to the MacLeod’s of Dunvegan in 1979. He has written many excellent tunes and published 4 books of music so far. Iain and Calum (very talented son) as publishing a book this summer entitled “A MacCrimmon Collection”. Included in this upload is a very nice piobaireachd composed by Iain – “Salute to Malcolm Roderick MacCrimmon”.

The tunes we have added, written by Iain MacCrimmon, are:

There are a total of 3500 tunes, including 286 piobaireachds on our website. All are played by myself on the full bagpipe. When you download them you receive a recording of me playing the tune plus the written music n BMW and PDF format.

We hope you enjoy the music!